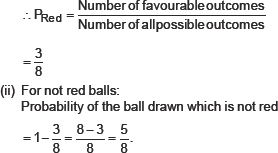 Q.11.   Gopi buys a fish from a shop for his aquarium. The shopkeeper take out one fish at random from a tank containing 5 male fish and 8 fernale fish (see Fig.). What is the probability that the fish taken out is a male fish? 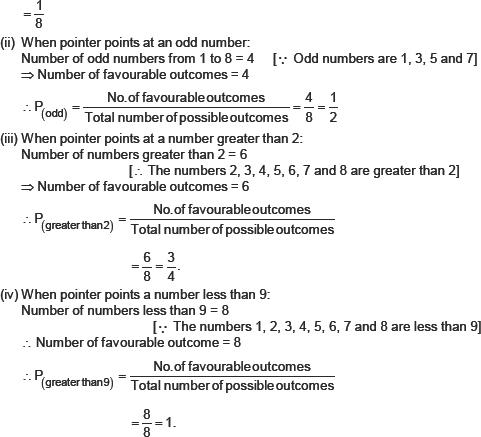 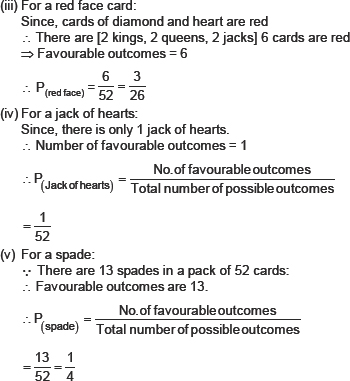 Q.15.   Five cards––the ten, jack, queen, king and ace of diamonds, are well-shuffled with their face downwards. One card is then picked up at random.
(i) What is the probability that the card is the queen?
(ii) If the queen is drawn and put aside, what is the probability that the second card picked up is (a) an ace? and (b) a queen?
Sol. We have five cards. 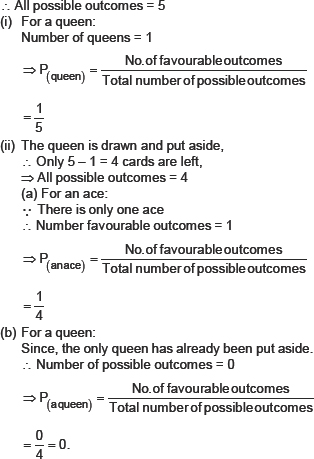 Q.16.   12 defectivepens are accidentally mixed with 132 good ones. It is not possible to just look at a pen and tell whether or not it is defective. One pets is taken out at random from this lot. Determine the probability tint the pen taken out is a good one.
Sol. We have
Number or good pens = 132
Number of detective pens = 12
∴ Total number of pens = 132 + 12 = 144
For good pens:
∵ There are 132 good pens
∴ Number of favourable outcomes = 132

Q.19.   A child has a die whose six faces show the letters as given below:

The die is thrown once. What is the probability of getting (i) A? and (ii) D?
Sol. Since there are six faces of the given die and these faces are marked with letters 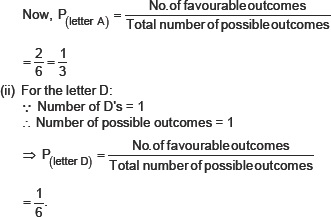 Q.20.   Suppose you drop a die at random on the rectangular region shown in figure. What is the probability that it will land inside the circle with diameter 1 m? 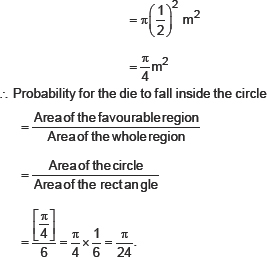 . Do you agree with this argument? justify your answer.
Sol. ∵The two dice are thrown together.
∴ Following are the possible outcomes: 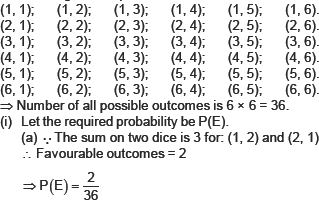 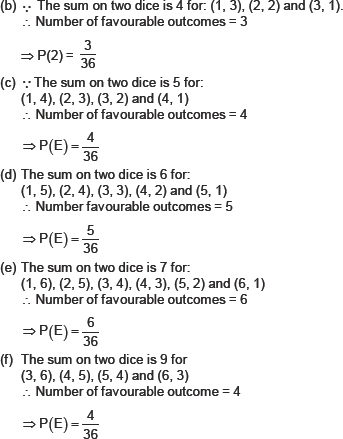 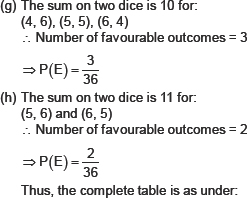 Q.25.   Which of the following arguments are correct and which are not correct? Give reasons for your answer.
(i) If two coins are tossed simultaneously there are three possible outcomes-two heads, two tails or one of each. Therefore, fir each of these outcomes, the probability is

(ii) If a die is throum, there are two possible outcomes--an odd number or an even number. Therefore, the probability of getting an odd number is

Sol. (i) Not correct.
Because, the situation 'one of each' can result in two ways HT and M.
∴ The probability = 4
(ii) Correct.
Because the two outcomes are possible.
EXERCISE 15.2
Q.1.   Two customers Shyam and Ekta are visiting a particular shop in the same week (Tuesday to Saturday). Each is equally likely to visit the shop on any day as on another day. What is the probabilihy that t tlt will visit the shop on (i) the same day? (ii) consecutive days? (iii) different days?
Sol. Here, the number of all the possible outcomes
= 5 × 5 = 25
(i) For both customers visiting same day:
Number of favourable outcomes = 5
[∵ (Tue., Tue.), (Wed., Wed.), (Thu., Thu.), (Fri., Fri.), (Sat., Sat.)] 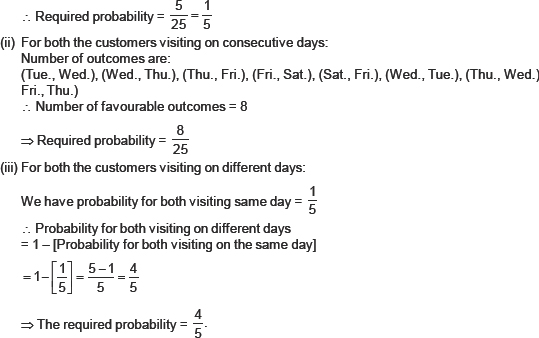 Q.2.   A die is numbered in such a way that its faces show the numbers 1, 2, 2, 3, 3, 6. It is thrown two times and the total score in two throws is noted. Complete the following table which gives a fiew values of the total score on the two throws: 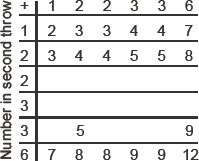 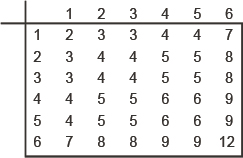 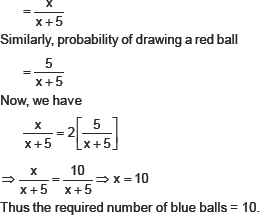 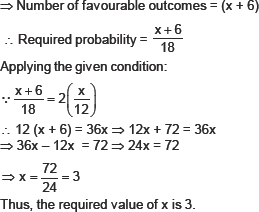 Q.5.   A jar contains 24 marbles, some are green and others are blue. If a marble is drawn at random from the jar, the probability that it is green is

Now, according to the condition, we have:

Thus, the required number of blue balls is 8.