Get a FREE CUCET Mock designed by our Experts

About the CUCET Exam

A year ago, it would have been unimaginable that cut-offs in Delhi University would skyrocket to 100% for some of the undergraduate courses! While DU has always been known for its high cut-offs, there are several other universities where the story is no different.

However, the National Education Policy 2020 (NEP) aims to do away with the tyranny of the ever-rising cut-offs by introducing a Common Entrance Test for all the Central Universities in the country. NEP not only proposes a holistic approach in evaluating the students by giving them the option to select subjects based on their interest, but it also aims to simplify the process of admission to higher-education institutes.

The proposed CUCET aims to assess conceptual understanding and application of knowledge; and also, to lessen the burden of appearing in multiple tests. Learn More 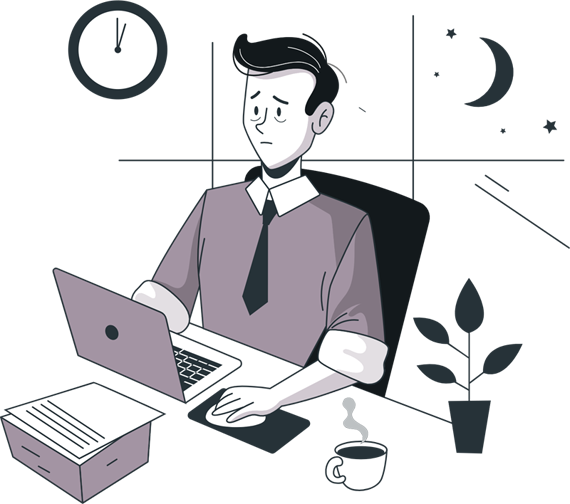 CUCET is an exam which has shot into prominence with the announcement that all Central Universities will be accepting the CUCET Score. This means that some of the top universities in India will fall under the purview of CUCET which is likely to ratchet up the demand for the exam drastically.

Therefore, if you are looking for CUCET Coaching, look no further than Career Launcher. Career Launcher is a name synonymous with success in exam preparation and CUCET will be no different. The CUCET Exam is being conducted for admissions to Central Universities through a Common Entrance Test starting from 2021.

Our program for CUCET coaching is handled by our team of experts and experienced faculty members who have spent many years training students for various entrance exams.

Live Online Lectures. Prepare from home. Get access to recorded video lectures, All India Test Series, and much more.

Attempt 10 Mocks that are closest to the actual CUCET. Improve your performance with our in-depth analysis tool.

In-class sessions by experts, along with rigorous CUCET Coaching modules and doubt-solving sessions to help you get your desired score in CUCET exam.

As of June 2020, there are 54 CUCET Colleges providing technical and non-technical programs to young minds.

The CUCET 2021 Syllabus is likely to consist of 4 aptitude based sections. These sections are: English Language, Numerical Ability, Logical & Analytical Reasoning, & General Awareness and Current Affairs. Apart from this, the CUCET 2021 Exam may also have a second paper which will consist of questions related to domain knowledge according to the course that you may have opted for. More specific information related to the CUCET 2021 Syllabus will be available when the notification is released in April 2021.

Through our experts, we bring to you the most comprehensive, authentic, and relevant information about CUCET and the Central Universities.
Check out these videos.

How many Central Universities accept CUCET scores for admissions?

What will be the mode of CUCET?

CUCET 2021 will be conducted in online mode as a Computer-Based Test by the National Testing Agency (NTA). Till 2020, CUCET was conducted in paper-pencil mode (offline).

What is the syllabus for CUCET?

CUCET 2020 was an Aptitude and Subject-Knowledge Test (for specific programs). The structure of CUCET 2021 will be announced soon. CUCET 2021 is likely to give more emphasis on Aptitude, and will focus on English Language, Logical & Analytical Reasoning, and Numerical Ability. There could be a section on General Awareness too.

What is the marking scheme of CUCET? Is there any negative marking?

The CUCET 2020 paper carried 1 mark for every correct attempt; while, for each wrong answer, 0.25 marks were deducted. Questions not attempted were not assessed and not considered while preparing the final merit list. CUCET 2021 is likely to retain the same marking scheme.

What is the duration of CUCET?

One must complete the CUCET paper within 120 minutes.

Who can appear for CUCET?

No. CUCET is a General Ability Test, which focuses on English Language, Logical & Analytical Reasoning, and Numerical Ability. One can excel, and score well, in the paper if one is determined and focussed; coupled with the right approach, practice, and preparation.

What is the cut-off for CUCET?

Is there a limit to the number of attempts for CUCET?

As of now, one can sit for the CUCET multiple times. However, the Central Universities might have their own eligibility criteria for admission to their UG programs.

To how many Courses/Universities once can apply through CUCET?

I am appearing for Class XII Board exams. Am I eligible to appear for CUCET?

Yes. One can appear for CUCET even when one is due to appear for the Class XII Board exams. But one will need to produce the marksheet/certificates about fulfilling the eligibility criteria for the Course/University applied, at the time of admissions.

Is CUCET conducted once or twice in a year?

Until 2020, CUCET was conducted once a year, in May. CUCET 2021 shall be conducted once, but from the academic year 2022, the test is likely to be conducted twice; giving candidates the opportunity to improve their scores.

Will Central Universities stop merit-based admissions after CUCET is announced?

The Universities are likely to decide the weightage they wish to assign to CUCET. Thus, Class XII Board marks will still be considered for admissions, with some weightage assigned to it.

How will the admissions be done through CUCET?

Admissions are handled at the level of each of the participating Central Universities for the respective program. The relevant Central University will decide on the weightage for CUCET and Class XII Board marks; and following the number of applications and performance of the candidates in CUCET and the marks secured in Boards, the cut-off for the programs on offer will be decided.

Is there any Sample Paper available for CUCET?

The paper pattern for CUCET 2021 has not been announced, as yet. However, Career Launcher provides free sample mock, which can be accessed from the free account at aspiration.ai. You will need to register at www.aspiration.ai to access the CUCET Mock Test.

How do I prepare for CUCET?

Preparing for any entrance exam requires one to know about the paper pattern and the content covered therein. So, start with writing a Mock Test at www.aspiration.ai. Following tips will help you prepare better for CUCET:

When can I register for CUCET? Has the exam date been announced?

There are so many Universities involved. How do I figure out which University to apply for?

A total of 54 Central Universities are likely to adopt CUCET; with each University having its own criteria for admissions using the CUCET score. One can apply to as many Universities one wishes for. More clarity on the matter is awaited.

What is the intake of CUCET?

There are 54 Central Universities, which together, will offer more than 1.68 lakh seats for the undergraduate courses. This doesn’t include Indira Gandhi National Open University (IGNOU) which is a distance-learning institution with no cap on intake for most programs it offers.

I wish to pursue B.Com. (Hons) from one of the best colleges of Delhi University like SRCC, Hindu College, St. Stephen’s College, to name a few. Will I have to write CUCET?

I want to study B.Com. at Banaras Hindu University (BHU). Will BHU conduct its own entrance test like earlier, or will its admission be based on CUCET?

Banaras Hindu University (BHU) is a Central University founded in 1916. CUCET 2021, and onwards, will be mandatory for all Central Universities in the country. Accordingly, BHU will not be conducting its own entrance any more for B.Com.; and will, instead, accept the scores of CUCET.

I want to pursue B.A (Hons) in Political Science from Delhi University. Will I be required to write CUCET?

Yes. CUCET is mandatory for admissions to undergraduate programs in all the colleges affiliated to a Central University. If you wish to study B.A (Hons) in any discipline from any of the affiliated colleges of Delhi University, you will need to take CUCET.

I am a Science student; and wish to pursue Five-Year Integrated M.Sc. program from University of Hyderabad. Will I have to appear for CUCET, as the exam is for admissions to undergraduate courses only?

The University of Hyderabad offers Five-Year Integrated Master of Science (M.Sc.) in various disciplines. As it is a Central University, established in 1974 by an Act of the Parliament, it will be part of CUCET; and will admit students based on CUCET scores (along with Board marks).

JNU, unlike other Central Universities, provides only language courses at the undergraduate level. Will JNU be also part of CUCET?

Yes. Being a Central University, JNU will be part of CUCET; and will accept CUCET scores for admissions into its undergraduate courses.